After several months of deliberations, research, and consideration, the Jetmore City Council has passed an ordinance raising the water rates for Jetmore water customers. The current rates have been in effect since January 1, 2014. The year before the last increase was instituted, 2013, the Water Fund lost a total of $27,198.63. In 2014 the Water fund, from January 1 to December 31, realized a modest profit of $7,356.29, but a much more sizeable profit of $35,376.58 in 2015. Through November of 2016 the Water fund has grown at a more modest rate once again, gaining just $5,953.65. However, it is important to note that in 2016 the city opted to make a transfer of $40,000 to Employee Benefits from Sewer instead of from Water because of a large surplus of dollars which existed in the Sewer Fund. To conduct an apples to apples comparison to the previous years we would have to put that transfer back into Water. If we did so, then through November the Water fund would be down on the year, $30,713.02, due primarily to the fact that sales of water are down this year and the replacing of the line under the creek in February. Additionally, counting all revenue sources for the water utility (customer charges, late charges, Kansas water fee, etc.) the city has received a total of $5.24 per thousand gallons sold through November. In the same time the city has spent $5.04 to produce the water (personnel costs, supplies, contractual costs, testing, etc.). If we make the apples to apples comparison though, the city would have spent $6.20 per 1000 gallons sold to date this year. (It is important to note that this Employee Benefits transfer benefits Jetmore residents because without utilizing the utilities in this way, the city would have to pay for employee benefits solely through the property tax levy, increasing that burden on taxpayers. Transferring from the utilities the cost of insuring our employees, paying retirement benefits, etc. can be shared much more equitably.)

The projected need for revenues in Water in 2017 is $212,500. This amount of revenue would give us the opportunity to cover typical expenses as well as plan for future repair and replacement needs by building a healthy reserve account that would be utilized solely for these purposes. In order to realize that amount of revenue it was concluded by city staff that it would require an increase in water rates. What was presented to the Council was a plan to move away from the single rate and introduce a tiered rate structure. After a great deal of research it was determined that the following rate levels would accomplish the projected needs for 2017:

It is important to understand that if a customer uses 7,000 gallons (which is the average user in Jetmore among all users) the customer would pay $4.50/1000 up to 5,000 gallons and $4.80/1000 gallons for the 6th and 7th thousand gallons only. Thus, the average user’s bill would increase $5.60 above current costs. It is also important to note that on a month-to-month basis 74% of Jetmore water customers are using between 0-5,000 gallons, the lowest tier in the new rate structure, so the impact to the vast majority of Jetmore water customers will be minimal. For the elderly person living on his or her own, using 1000 gallons of water every month, the increase on the monthly water bill will be $2.00.

This is in addition to the $9.15 charge which will begin to appear in January to pay the debt service on the water project which is slated to begin in April or May. This is the main reason why this decision required so much research and consideration. The Mayor and Council do not wish to overburden the residents of Jetmore and considered all options available before coming to this difficult decision. That is why, though a need exists to raise rates in Electric and Sewer as well (for the purpose of building revenues that would, in those funds, also provide for future repair and replacement needs) the Council has opted to delay those increases. As well, the Council directed the Administrator, when crafting the 2017 budget, to hold the line on property taxes.

It is unfortunate that this perfect storm of sorts has descended upon Jetmore all at once, when so much has already been asked of the residents of Jetmore, but the sad reality is that many communities across Kansas and elsewhere are dealing with the consequences of 50-100 years of deferred maintenance and those consequences are often proving somewhat uncomfortable. It is the commitment of the Mayor, Council, the City Administrator, and staff to control costs where they can be. Money must be expended to address the deferred maintenance that exists, but where money can be saved, it will be. 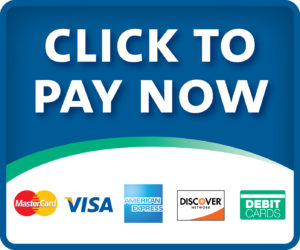